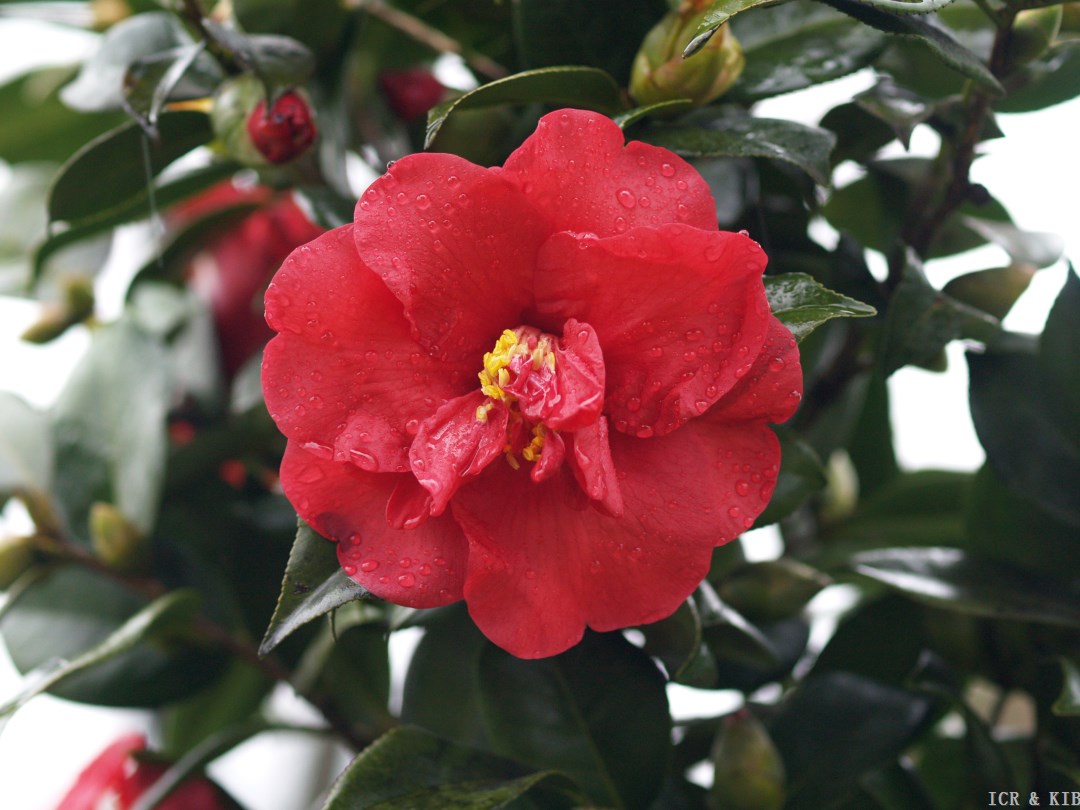 Published in Camelia 13:33 (2008), journal of Sociedad Española de la Camelia,  with colour photo. A chance seedling originated by Jaime Escofet and Rosa Crespo in Valga, Pontevedra, Spain, in 2000; registered by Estación Fitopatolóxica Areeiro (Deputación de Pontevedra, Spain). First flowered in 2004. FLOWER: large, 10-12 cm diameter, dark pink (RHS.CC. 45C). Semi-double with 8-11 petals, and 20-40 petaloids, some petaloids with a central white band. Up to 100 dispersed stamens with cream filaments and yellow anthers.  LEAVES: dark green (RHS.CC. 147A), 7 cm x 4 cm, ovate-elliptic. PLANT: upright, bushy and dense. Flowers mid-season. Other data: Named in honor of Carolina Otero, a woman who was born in Valga (Galicia, Spain) in 1868; she was an exotic dancer, singer an actress, known as “Bella Otero” in all world. Her beauty and great personality helped her to win over many influential people from her era, and she had many lovers. She passed in Niza in 1968, completely ruined and alone. There is a statue in Valga, her birth city, to remember her, and the original camellia of this cultivar was planted beside it.