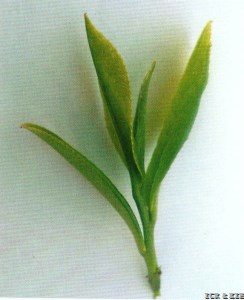 According to the analysis conducted by the Tea Research Institute, Chinese Academy of Agricultural Sciences, the contents of amino acids in the green tea sample-prepared with the one bud and two or three leaves shoots in the spring season averaged 3.102%, tea polyphenol 21.56%, Total catechins 122.57 mg/g. Suitable to the manufacture of green tea and special tea. The “Shangrao Baimei" “Xiantai Dabai’’ special tea prepared with GSCT18 variety as the raw material is characterized by its fresh aroma, full taste with sweet aftertaste, leaf fat with obvious hairs, and sold to Hongkong and Singapore. The oolong tea prepared with this variety as the raw materal has a superb quality.

Suitable to popularize in the tea region in the south-of-Yangzte River for the manufacture of green tea.

Owing to the weak adaptability, it is recommended to plant in the land with deep and fertile soil layer as well as faced to the south and take shelter from the wind Besides, it is necessary to prevent frost bite in the winter.